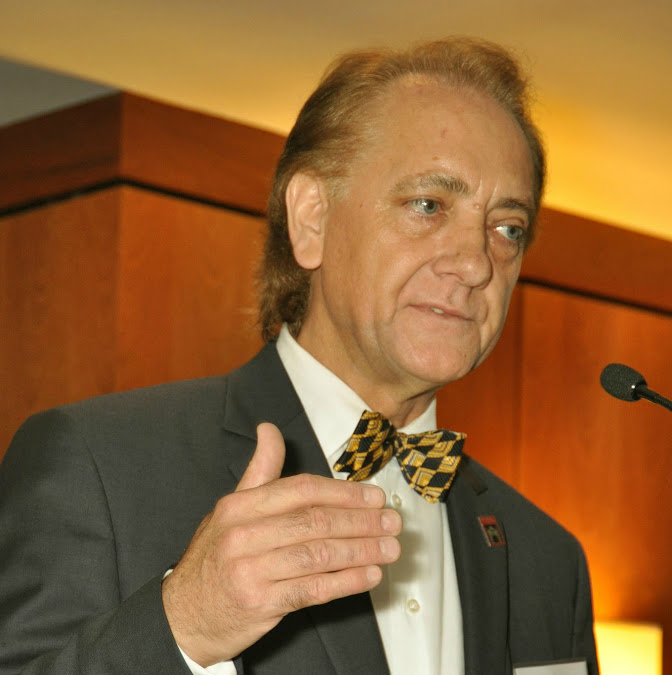 Dr. N. Delener is a Dean and Full Professor. He was formerly the Dean of the School of Global Business at Arcadia University. As Dean, faculty and programs across two campuses in the U.S. and Singapore were managed. In addition, he created a Center for Entrepreneurship & Sustainable Enterprises. Joint degree and off-shore graduate and undergraduate programs were also developed. The programs were developed in China, Romania and France. Under Delener’s leadership, the State University of New York Old Westbury’s School of Business doubled graduate enrollment, established international exchange and faculty development programs, took the university to the final phase of accreditation from the Association to Advance Collegiate Schools of Business International (AACSB) in four years, and developed new degree and certificate programs.

Prior to his time at SUNY, Delener was the Associate Dean for Academic Affairs and the Director of International Business Studies at the Peter J. Tobin College of Business at St. John’s University, a professor of marketing and international business, and a visiting lecturer at Erasmus University in Rotterdam, the Netherlands. He has also served a consultant to several companies, including Marriott Corp., Ellington Duval Inc., and World Wide Marketing Group.

Delener is the founder and elected president of the Global Business and Technology Association, which consists of more than 3,500 members worldwide, and he is Editor-in-Chief of the Journal of Global Business and Technology, an interdisciplinary journal for the advancement of knowledge of the theory and practice of international business and technology. He has conducted numerous executive seminars in several countries, including Brazil, Czech Republic, England, Hungary, Italy, the Netherlands, Portugal, Russia, South Africa, Spain, Switzerland, Taiwan, and Turkey … read more

Dr. Rodrigues has a Ph.D. in Strategic Management from the University of Wolverhampton in the U.K. She graduated from the Higher School of Business Administration in Lisbon, Portugal in 1992. Susana lectured in the Higher School of Management and Technology of Leiria at the Polytechnic Institute of Leiria in Leira, Portugal from 1992-2010. The main areas she lectured in included strategic management and strategic marketing. She is a member of the Entrepreneur Centre and Research Centre for Rapid and Sustainable Product Development at the Polytechnic Institute of Leiria as well. Her research comprises of a wide range of topics within the field of strategic management. Other areas of interest include small and medium size enterprises, strategic change, and business strategy evaluation. She has conducted extensive research on business strategy and organisation performance in the Portuguese Mould Industry, one of the most important sectors in Portugal.

Prof. Mukhola became Head of Department (HoD) for a period of four years between 1993 and 1997 and Dean of a faculty for a period of six years (1997 to 2006). He was subsequently appointed Executive Dean in 2006 to 2013. During this period, he was requested in-between to act as Deputy Vice-Chancellor Academic, leading to his current position as DVC since 2013. Prof. Mukhola was confirmed by the Tshwane University of Technology (TUT) as a Full Professor and subsequently inaugurated on the 29th of May 2015, and is in possession of a doctoral qualification obtained in 2006 from the University of Johannesburg. Prof. Mukhola has also completed a range of undergraduate qualifications from National Diploma to Masters degree, as well as courses and short learning programme to develop particular skills, mostly needed at senior management level.

Since he joined TUT, he has been at the heart of the academic project. Not only has he been involved in teaching and undertaking research at TUT, but he has also had the exposure of testing his ideas with disciplinary peers at national and international conferences, as well as through publishing in recognised academic journals and reviewing research papers and articles. Despite the workload, he has continued to supervise postgraduate students at TUT and overseas (e.g. Ku Lueven University in Belgium). Among the various partnerships he has established are those with the University of the Seychelles, University of Cambridge, research collaboration with the Belgian Ku Leuven University, East Anglia University (UK) as well as participation in a quality assurance project funded by the Netherlands based agency, Nuffic.

GBATA welcomes your contributions to further Association's ability to reach and impact a wider, more diverse professional body across the world. For questions, please contact Dr. Delener at delener@gbata.org.

One of the unique aspects of the association is that its annual conferences have been sponsored by well-known universities and institutions all around the globe.

As an interdisciplinary journal, the purpose of the Journal of Global Business and Technology (JGBAT) is to contribute to the advancement of knowledge related to the theory and practice of international business and technology.

To apply for membership in the Global Business and Technology Association, complete the membership application form and email it back to info@gbata.org